Nate McMurray called for President Trump to be Executed

Chairman Karl Simmeth said, “Nate McMurray crossed a line. Period. The divide in our country painfully clear to all, and here we have Nate McMurray prying it open further with a crowbar. The same man who ECDC wanted to represent NY-27 is calling for the execution of President Trump. This inciteful language does nothing but agitate hate, and breed fear. Nate McMurray has flown off the handle one time too many, and I am calling on Jeremy Zellner and Mark Poloncarz to condemn his remarks.” 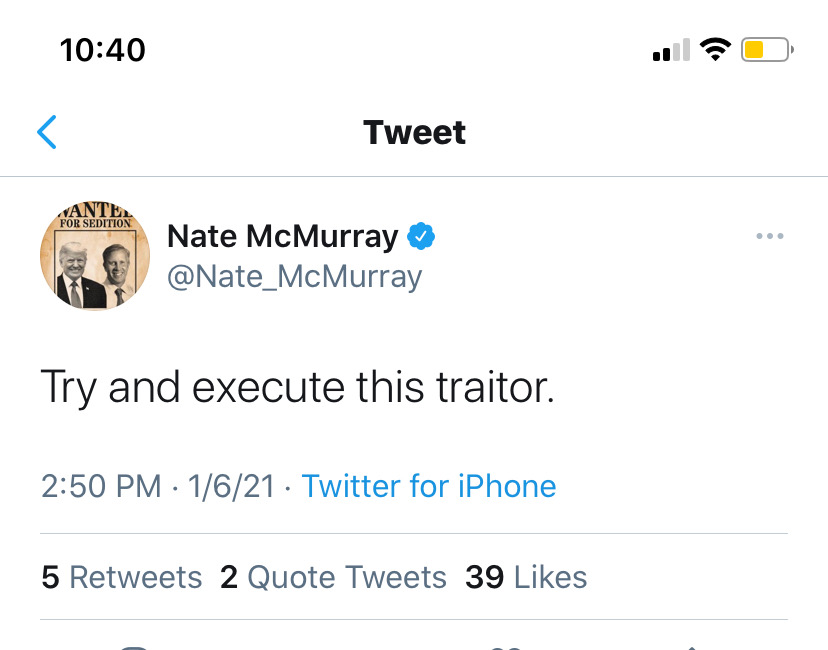