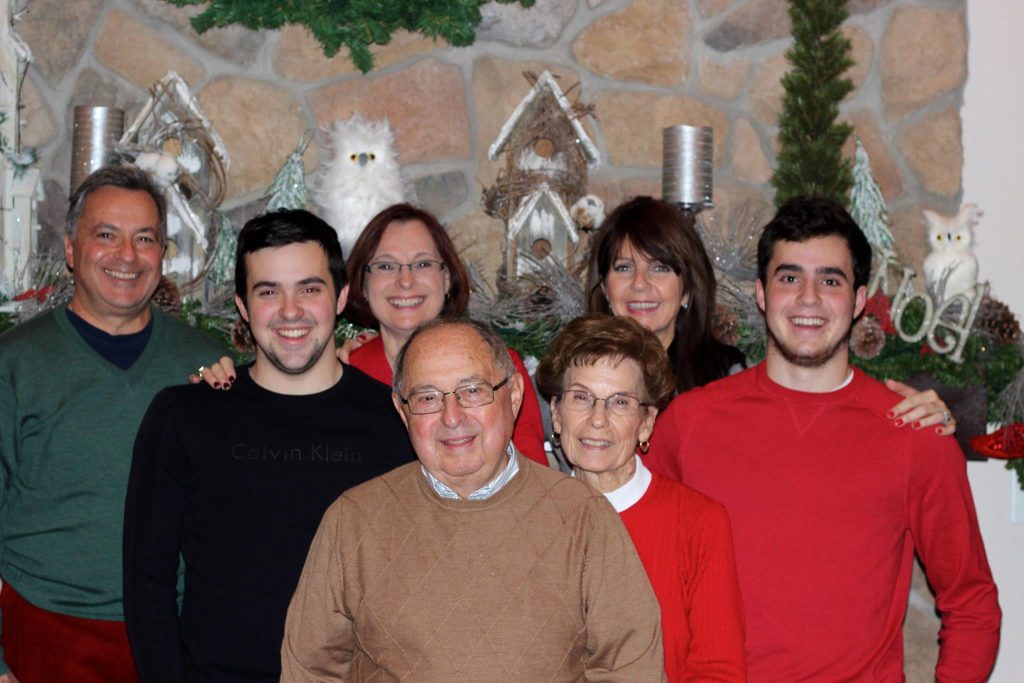 The Passing of our Friend Carmen Vacco

On Wednesday, June 15th, Republican legend Carmen Vacco passed away surrounded by family. He was a dear friend to many, a stalwart of our Republican Party here in Erie County, and revered across New York State.

For over 40 years Carmen Vacco served as a key stakeholder in the Erie County Republican Committee as First Vice Chair. He was the Chairman of the town of Brant where he owned and operated Vacco Farms, a mandatory campaign stop for any Republican seeking countywide office. Father of Dennis Vacco, former NYS Attorney General, Carmen Vacco was sought after across New York for his leadership and advice.

Carmen is also remembered by many as the head of the Southtown Chairmans’ Association, where he served at the head of the table for over 20 years. During his long tenure he was profoundly impactful on the many Republican leaders and candidates he mentored. Above all he understood the importance of hard work, community, and Republican values in government. In his private life he was a beloved husband, father grandfather, and great grandfather as the patriarch of an extended family that he loved dearly.

Funeral arrangements will be shared once they are announced.

Carmen Vacco served as a leader to the Republican Party in Western New York for nearly half a century. I learned a great deal from him and was grateful to have his support and friendship during my tenure as Erie County Chairman. He was highly regarded, especially throughout the Southtowns where he was a deciding force among electeds and party leaders. My deepest sympathies go out to Dennis Vacco, and the entire Vacco Family during this difficult time.

Carmen served as Erie County Republican Vice Chairman for nearly 20 years under three County Chairs and was for many years the Chairman of the Brant Republican Committee. He was the Dean of all the Republican leadership in Erie County as the influential leader of the Southtowns Republican Chairmans organization.

Every countywide political campaign had to start with a pilgrimage to Vacco Farms to seek Carmen’s counsel. Carmen stepped down as First Vice Chairman of the ECGOP in 2019 when I stepped down as County Chairman to assume my duties as NYGOP Chairman.

He was by my side as my #2 from the beginning of my tenure, right until the last day. Carmen was the patriarch of the Vacco Family and was married to his late beloved wife, Mildred for 70 years. He was an extremely dedicated but humble leader that always stressed that we must put family first and his beautiful family is his true legacy.

The leadership and example that the Vacco Family have set for the Republican Party in Erie County is second to none. Carmen beamed with pride recounting stories of his son Dennis Vacco’s campaign and victory as New York State Attorney General. Carmen Vacco was a very special man and will truly be missed by all that knew him and that he touched.

On behalf of the Erie County Republican Committee, our deepest sympathies go out to the Vacco Family in their time of grief. I have long looked up to Carmen Vacco as a leader in our Party, and as a friend. He was smart as a whip, and he had a talent for always having his finger on the pulse of the community and the Party. As recently as last month when I went to visit him, he was still sharing lessons and checking in on the latest movers and shakers of our Republican Party. He was an incredibly proud father, grandfather, and great grandfather would often talk about his son Dennis Vacco and his great success as Attorney General and in private practice. He was a great man, and I truly appreciated his advice and his friendship.

Former Congressman and Chairman of the Erie County Republican Committee

“In nearly 50 years of knowing Carmen Vacco I never knew of anyone who didn’t like him from the first time they met him, and respected his dedication to his family, his farming empire, and his beloved Republican Party where he counseled US Senators, congressmen, Governors, Legislators, County Executives, Party Leaders, Candidates and even an Attorney General. He had a far reach and impact from the farm fields of Brant”

Carmen Vacco was a mentor, a good friend and a strong supporter. Over his 40 years in leadership, he had a hand in Republican success and victories across multiple generations. Most notably, was the rise of his son and our friend Attorney General Dennis Vacco in 1994. He was down to earth, and was able to lead because he understood the people and how they needed to be served. He was a long and true friend, and I will miss his stories over lunch at Denny’s. My deepest condolences to the Vacco Family during this difficult time.

Chairman of the Southtown Chairmans’ Association

It is with great sadness that I learned of the passing of Carmen Vacco. Carmen was the original leader and moving force behind the Southtowns Chairmans’ Association and he provided a model of leadership for us all to follow. On behalf of the members of Southtown Chairmans’ Association, both past and present, we send our deepest sympathies to the Vacco family and will keep them in our hearts and prayers.

Paid for by the Erie County Republican Committee